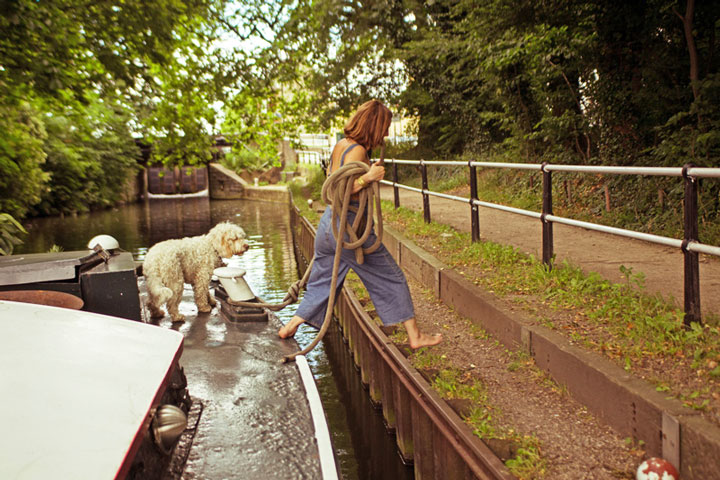 In 2019, Danie Couchman released Afloat: A Memoir, a candid account of her five years living aboard a narrowboat on London’s waterways.

Before stumbling upon the city’s canals, she had lived in a houseshare in Homerton. “I wasn’t particularly unhappy, I just felt that there was something more to life here than going to work, going out for drinks after, and then returning home to over-priced, poor-quality housing,” she explains. “It wasn’t me.”

Having loved the positive effects of spending time in green spaces, Danie was immediately smitten with the waterways and set about finding her own craft. “Everything was on a smaller scale, and there was wildlife, space. There wasn’t much more to the decision to buy a narrowboat than that. I’ve always had quite good gut feelings about things.”

Back on land and reflecting on the years she spent living on the water, Danie says: “Half the time it’s probably the best thing in the whole world, but the other half you’re thinking: ‘God, I can’t cope, it’s too much.’ That’s what I felt was important to document about the experience in Afloat.

Despite the drawbacks, Danie maintains that living afloat in London was the best time of her life. “I’ve never experienced a community like it. I loved the spontaneity of everything – how you may not ever have met your neighbour before but it’s perfectly acceptable to have dinner with them, or to chat for a whole hour before going to work. It’s such an open, friendly, interesting mix of people, with no boundaries between communicating.”