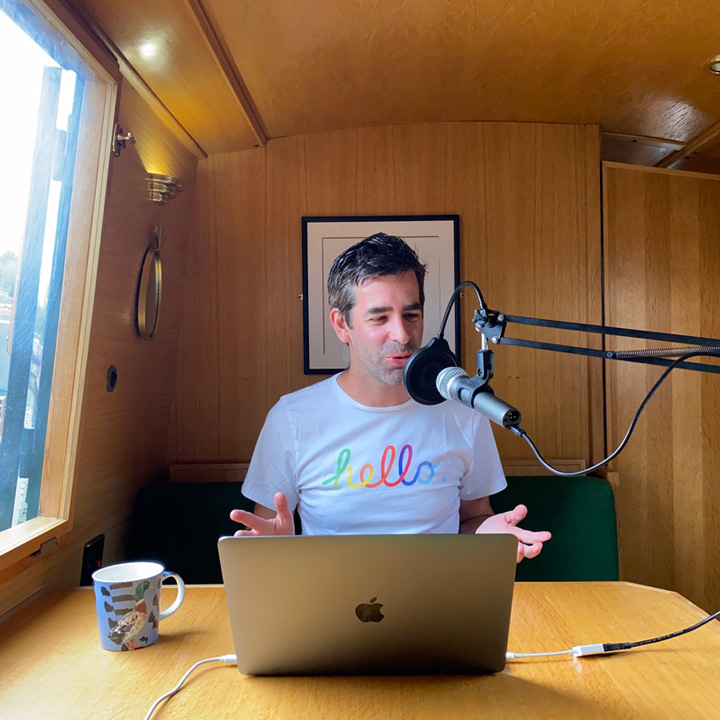 Liveaboard boater Jeremy Burge is the founder of Emojipedia and creator of World Emoji Day. He moved onto his 53ft narrowboat in spring 2019 and quickly pimped up the tech offering onboard by installing a 4G antenna and splurging on a SIM card for every UK network. “It’s a luxury I’m lucky enough to put down as a business expense,” he says. “If I moor up somewhere with awful signal I’ll try one and rotate them in turn until I find a network with decent coverage for the area.”

His quirky job and itinerant lifestyle have recently engaged a new demographic in our canals, largely thanks to his burgeoning TikTok profile. He’s been using the video-sharing social networking service to document his continuous cruising for months now, but only recently saw viewing figures soar when he posted a short clip of his boat’s interior. Since then he’s found a growing appetite for canal content, with his most successful videos depicting “not the crazy places I’ve been to on my boat, but the small, banal moments”.

Refreshing, too, is that Jeremy doesn’t fall back on presenting an idealised view of the waterways. “I try to give a quite balanced insight into liveaboard life. I often post videos when things break, for example, like the heating in winter. But it helps that I’ve been lucky inasmuch as the canals have generally been a good experience so far for me.”