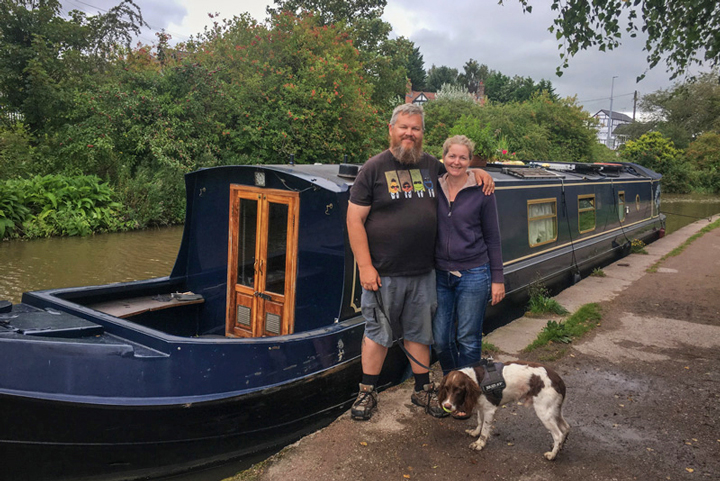 In October 2019, continuous cruisers Jo and Micheal Morehouse were awarded the Inland Waterways Association’s first Silver Propeller Award – a challenge launched in 2018 to encourage boaters to visit 20 or more lesser-explored canals and rivers. They’d been documenting their travels around the network aboard their 57ft narrowboat Perseverance since 2016 on their YouTube channel Minimal List, but the idea of directing their boating towards any type of award hadn’t crossed their minds.

Jo explains: “People kept telling us that the more obscure places we were visiting were Silver Propeller locations, and that we should sign up for the challenge. Neither Michael nor I had any idea, at that stage, what the Silver Propeller was. It was only when we saw this suggestion for something like the ﬁfteenth time that we decided to look it up.”

Having realised they’d ticked eight or nine locations off the list already, it was an easy decision to commit. “We had set out to go everywhere you can on the connected system anyway, so it didn’t really affect our future cruising plans,” says Michael.

The Ashby and the end of the Montgomery were among Michael’s highlights, while Jo loved the novelty of cruising with a view over the Irish Sea on the Lancaster Canal at Hest Bank. They picked up their last point at Standedge Tunnel on the Huddersﬁeld Narrow Canal after a 12-day, 109-lock race from Manchester to beat winter stoppages.