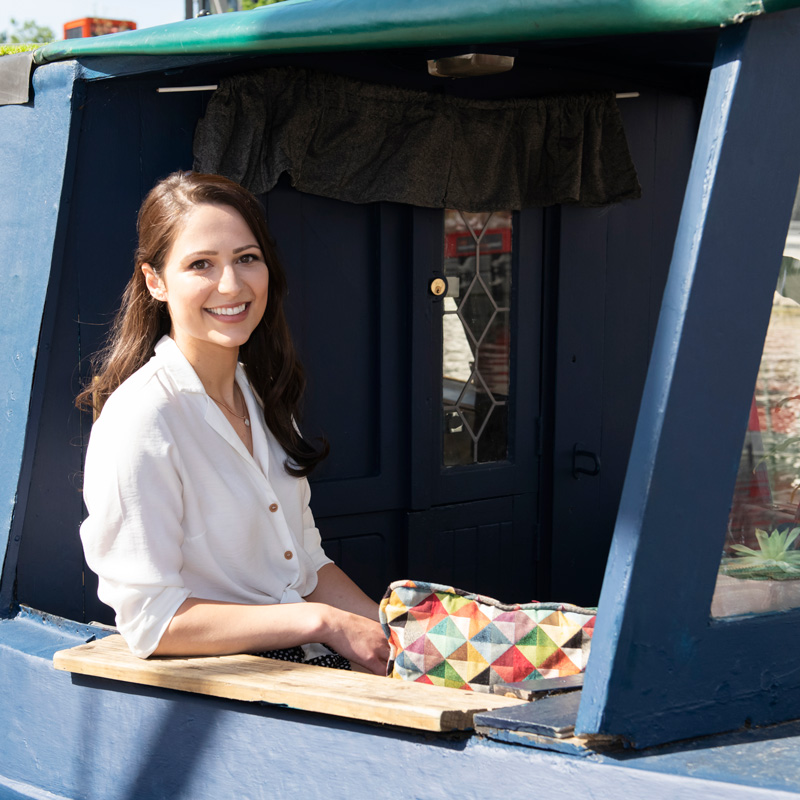 After lusting after an itinerant lifestyle for years, Nicola Thorp ﬁnally took the plunge with a drunken narrowboat purchase one Saturday night in 2017, committing herself to a 60-footer off eBay.

Blackpool born and bred, the actress admits part of the boat-buying impulse was a hankering to be by the water again. The Coronation Street actress has been candid about her struggles with mental health in the past and credits the calming effects of canal life with throwing her a lifeline in managing it. “When I’m feeling at my most stressed or down, grabbing the tiller and heading off to a new mooring can bring just the peace I need. I can switch off and simply enjoy.”

Nicola has lived on her narrowboat in London for three years and, like most boaters in the capital, she admits that there are some frustrations, but the trade-off is never being far from shops and public transport, and the sheer variety of cityscape she enjoys, even on short hops.

As an equality campaigner, Nicola worries some women are being deterred from life aﬂoat because of a perception that the practical tasks associated with boat-ownership are too difﬁcult. “There’s a huge mental block for a lot of women, including myself, who just look at a problem and think: I don’t want to break it, I don’t want to ruin it, I don’t want to make it worse.” Get over it, she pleads.

The ‘Oh, you must be so brave’ refrain is wearing thin, she says, simply because it’s not something you’d ever hear uttered to a male liveaboard. “People seem more worried about your sensibility than they are about the actual threat. Rather than actively trying to make the waterways a safer place, there’s always an implication that it’s not ‘sensible’ to put oneself in that position, as a woman. It’s really infuriating.”

So how can women harness her example to help themselves on the waterways? Nicola has several ideas, from being more visible in canal forums to adopting a more gung-ho approach when it comes to boat mechanics. Ideally she’d like to see more courses in basic boat maintenance aimed speciﬁcally at women: “It can be off-putting if I’m taught by someone who isn’t mindful of the fact I might not know certain terms, or is super patronising.”