Timothy West fronted ten series of Channel 4’s Great Canal Journeys alongside wife Prunella Scales before retiring from the show in 2019. We chatted to the actor and boater in 2015 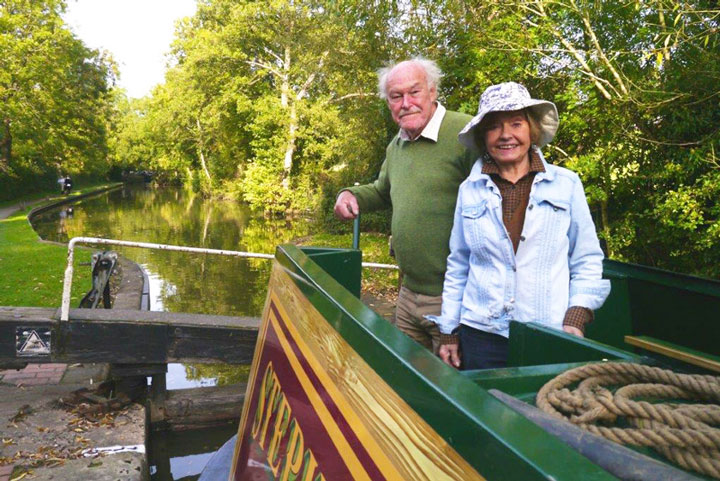 A self-confessed “canal nut”, Timothy West and his wife Prunella Scales were first introduced to the inland waterways on a two-week holiday in 1976. “A friend of ours had a narrowboat on the Oxford Canal. She was going away for a fortnight and asked if we would like to borrow it. We knew nothing about canals, nothing about narrowboats, but we thought we’d give it a try. In fact, it was the best fortnight’s holiday we’ve ever had,” Tim recalls.

It was the start of a love affair spanning over 40 years. As well as countless family holidays aboard their own boat, Tim and Pru lent their voices to various waterways restorations, notably the Kennet & Avon Canal, which reopened in 1990. He explains: “We’ve campaigned for a number of canals in a small way. We haven’t given vast sums of money or anything very useful, but we’ve talked about them in interviews, which has generated some publicity. And we’ve done a little bit of volunteer work too. The K&A was the first that we took an interest in, though. It was an incredible feat to achieve.”

It’s as presenter of Great Canal Journeys for which Tim is perhaps most widely known as a boater, a programme that captivated the public with tender moments of his marriage to Pru and showed the more stressful aspects of cruising. “We just behave normally, whether the cameras are rolling or not,” says Tim. “Narrowboating does perhaps test your patience occasionally, especially when your partner is making a total mess of it – but that usually stems from the fear that if the roles were reversed you’d be doing the same thing yourself!”

The couple have been praised for their honest portrayal of boating in later life in the TV series, and Tim advises anyone wanting to give it a go, but are worried that age or infirmity might be a barrier, to watch it. “You do see some of the problems, but you also see how you can overcome them,” he explains. “And don’t start by looking at a canal that has 30-odd locks.”

Read the full in interview in the December 2015 Waterways World