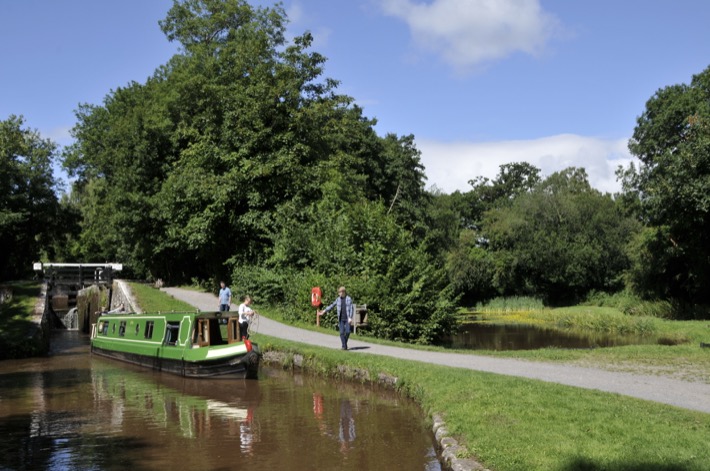 The blockage of the navigable canal at Bridge 46 due to a housing development has been a major issue on the canal. The Monmouthshire, Brecon & Abergavenny Canals Trust is extremely grateful to the ‘Bridge 46 to Five Locks’ Facebook group for leading the way in getting this issue resolved. In total the canal was blocked for three years and was opened again in October 2021. It is clear that any future developments like this around the canal need to be more proactively managed by the canal owners to ensure that navigation is maintained. Prior to the Covid outbreak, the trust was working on an expression of interest with HLF for a new project at Ty Coch to continue the work that was carried out between 2012 and 2017. That application was put on hold by HLF and the trust is currently working on resubmitting an outline to HLF for funding work at Ty Coch.

MBACT’s community boats continue to be an important part of its work. Over the last year or so, the boats have become a way for volunteers to work together outdoors while maintaining a safe environment that adheres to Welsh and UK Government Covid guidelines. The boats continue to be based at Goytre Wharf, but the trust is looking to expand its trips to other areas of the canal in 2022 when it is safe and practical to do so. Edith-Elizabeth, the trust’s smaller electric boat, has been the stalwart of boat trips in 2021, primarily as its open structure has meant that it could be operated while meeting Welsh Government Covid guidelines. It ran on many weekends last year and through the summer holiday period. Use of Lord Raglan, the trust’s larger electric boat, has been constrained by a number of issues. The fact that it’s an enclosed boat meant that for long periods last year it could not be operated due to Welsh Government Covid guidelines. The boat has also been undergoing MCA Certification which is required to operate with more than 12 passengers. This was completed successfully in August 2021.
Neath & Tennant Canals

To date, 11 locks and long stretches of the Neath Canal, including the reconstructed Ynysbwllog Aqueduct over the River Neath, have been returned to navigation by the Neath & Tennant Canals Trust, in conjunction with the canal owner and the local authority. Against a background of long-standing aspiration to connect the two canals with the Swansea Canal via the SA1 Development of the Prince of Wales Dock and the River Tawe, a Swansea Bay Inland Waterway Partnership has been formed to promote the initiative. The repair/restoration of the Aberdulais Aqueduct, a Grade II*-listed structure, has become a matter of urgency given the significant damage sustained during recent storms.