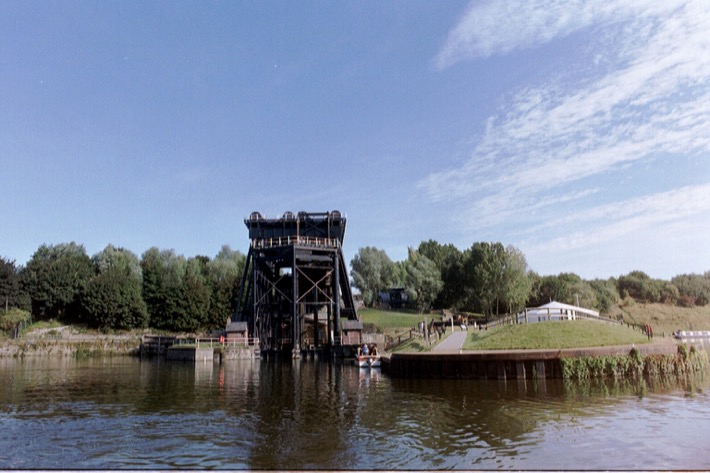 The Covid crisis cancelled the River Weaver Navigation Society’s planned Restoration Showcase (held in conjunction with IWA Chester & Mersey Branch) at the Anderton Boat Lift, which would have involved ten different restoration groups in the North West demonstrating their plans aboard the Daniel Adamson steam tug. The society staged a campaign cruise in August 2020 down the river to the old lock at Frodsham, meeting with local councillors. It is believed that the old lock should be restored to give improved access to the Weaver from the Manchester Ship Canal. There was also a demonstration at Weston Point Docks to reopen the swing-bridge that has been closed since Stobbarts took over the basin. The boat fleet then cruised back up river to the boat-lift, then along the Trent & Mersey Canal to the Runcorn Arm of the Bridgewater Canal to support the Unlock Runcorn project, aimed to restore the water link to the Manchester Ship Canal. IWA plans to hold the next showcase at its boat gathering in Chester on 30th July 2022.

RWNS has been working with Winsford Town Council, Cheshire West and Chester on a plan to regenerate the Winsford waterfront. This would involve a country waterpark and improved marina facilities. A link to the Shropshire Union Canal could be accommodated on a similar design to the Ribble Link connection. A consultant has been hired by the council to report back on these proposals.