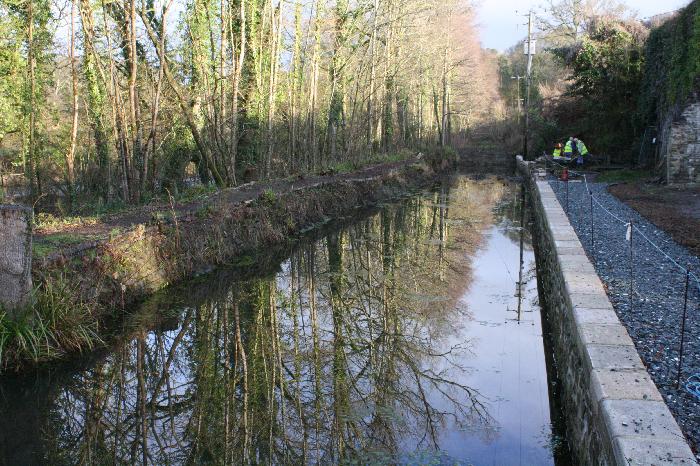 The Rolle Canal & Northern Devon Waterways Society was formed in 2003 to research, conserve, publicise and restore surviving features of the Rolle Canal in north Devon. The canal, built by James Green on behalf of Lord John Rolle, was opened in 1827 but in 1870 it was acquired by the London & South Western Railway which built over much of the route. The canal was busy throughout its short life, mainly in connection with the production of lime, though pottery and agricultural products were also important cargoes.

The canal is 7½ miles long, running from the River Torridge near Bideford to beyond Great Torrington. There were no locks other than the tidal lock at the start, but at Ridd there was a water-powered inclined plane, the remains of which can still be seen, to lift the tub-boats nearly 20m up from the river to the summit level. Nearby too is the iconic Beam Aqueduct, which is in excellent condition and now used as an access road to an adventure centre.

Currently restoration work is being carried out at each end of the canal. For some years a large restoration project has been taking place at Sealock where the canal enters the River Torridge and, more recently, the terminus basin at Rosemoor is being excavated and restored. Both sites supported a small range of heritage industries, the remains of which are also being investigated and preserved where possible. There are weekly working parties at both sites and more volunteers are always welcome.

Much of the route of the Rolle Canal is now either a public or permissive footpath/cycleway and is extremely popular with locals and visitors. Details of the route and what can be seen are available from the society at rollecanalsociety.org where the progress of the restoration work can also be followed.