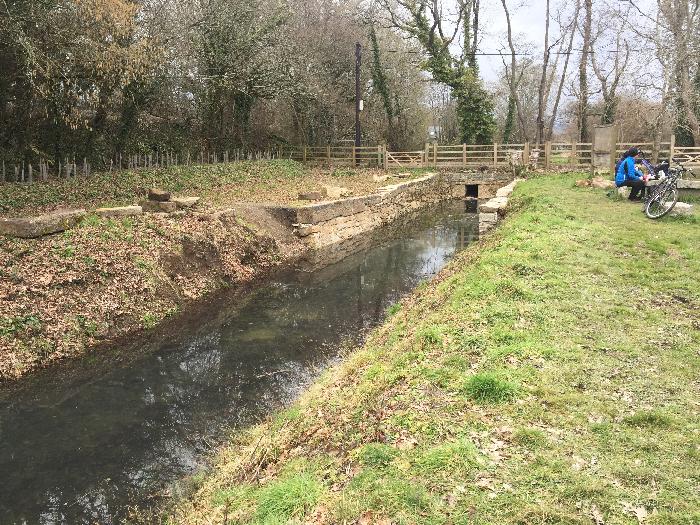 The Stover Canal Society was formed in 1999 to promote the preservation and restoration of the Stover Canal in south Devon. Administration of the endeavour has now been taken over by the Stover Canal Trust. Good progress has been made in renovating the line of the canal and its assets. Following restoration of the unique Graving Dock in 2017, work has continued at Ventiford Basin, the northern terminus of the canal. This has been cleared of silt and a small, clay-cored dam has been constructed at the southern end to retain some 110m of water. The basin has been lined with puddle clay and now fills with water to its design level. In September 2021 a replica crane on the quayside was unveiled. The original crane would have been used to load granite from nearby Dartmoor onto barges for onward shipment to London where it was used in the construction of many notable buildings. The trust expects completion of this project in early 2022. Volunteers will then move downstream to improve Teigngrace Lock and Jetty Marsh Basin for the benefit of visitors.