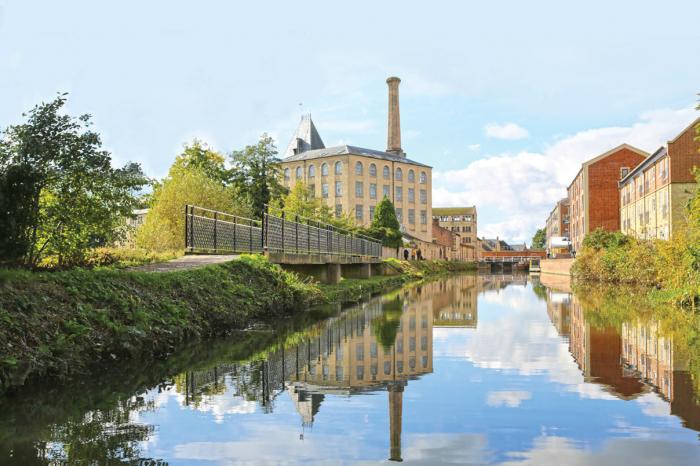 Progress and achievements
The project to restore the Cotswold Canals as a navigable route from the River Severn to the River Thames for the benefit of the whole community made significant progress in 2021, despite the ongoing impact of Covid. The pandemic and lockdowns meant delays to many aspects of the Phase 1B project, particularly the volunteer-led work. In the interim, preparations were made for future restoration work by the reorganisation and rebuilding of the Weston Depot, the logistics hub for the project, by volunteers.

Volunteers also completed many essential restoration and maintenance programmes including Wallbridge Lower Lock cill and Blunder Lock restoration. Inglesham clearance continues, the Summit work parties have resumed, and Weymoor and Eastern End volunteers keep footpaths clear. Friendly competition continues to ensure that both the Eastern and Western End Logging Teams are keeping the county warm in winter, and the piling team has inserted well in excess of 100 piles at Ham Mill (next to Stroud Brewery). The Cotswold Canals Trust second-hand bookshop reopened in May 2021 in a new building beautifully refurbished by volunteers, and is providing an important focal point and income generation opportunity at Brimscombe, now raising £5,000 each month.

Major engineering achieved on Phase 1B: Ocean railway bridge completed 1st January 2022 The original bridge had been replaced in the 1960s (with an embankment leaving only a narrow opening that was too small for boats to pass through) and needed to be replaced again as part of the restoration of the Stroudwater Canal. The Ocean railway bridge project took more than two years of planning, which included casting the new bridge sections on site, catching and relocating thousands of fish, and draining a 230m section of the canal. The team used a total of 4,000 tons of material for the foundations and backfilling around the new structure and 500 tons of track stone when reinstating the railway. The new bridge sections, the largest of which weighed 64 tons, were lifted into place using a 1,200-ton crane. Despite strong winds and heavy rain, the work was completed on time. The new bridge, with its integrated towpath, will allow boats to pass under the railway as part of the restoration of the Stroudwater Canal which will eventually make Stroud and Stonehouse canal towns once again.

In 2021, CCT was able to report the successful completion in November 2020 of a key part of the project, the replacement of the roundabout and the creation of canal-bridges on the A38 at Whitminster, funded by a grant from Highways England (now National Highways). This project was awarded two prestigious Institution of Civil Engineers ICE SW Awards: the People’s Choice 2021 and Best New Build under £8m.

Volunteer success
The trust has continued to increase volunteer numbers in the past two years. With the start of restoration projects, interest from the wider community is increasing with requests for talks and updates on its progress. In response CCT has a new and growing roadshow team who have been taking the story of restoration out to local interest groups, delivering paid-for guided walks and arranging stalls at country fairs, including Frampton and Prescott Vintage Minor. The trust was awarded a Queen’s Award for Voluntary Service on 2nd June 2021. This award aims to recognise outstanding work by volunteer groups for the benefit of their local communities.

Wildlife and environment
The promotion of biodiversity is an important principle of the restoration of the Cotswold Canals to form a valuable blue green corridor from the Thames to the Severn. This formed a key part of the trust’s successful bid to NHLF. Led by its partners at Gloucestershire Wildlife Trust and supported by its volunteers, extensive ecological surveys have identified significant existing wildlife value, including a previously unknown population of water voles and otters. Productive discussions have been held with Natural England to ensure that current and future restoration work in the Cotswold Water Park delivers enhanced biodiversity in line with their aims for the extended Site of Special Scientific Interest.

Archive progress
A dedicated team of volunteers, working at Gloucester Archives and at home, has created a valuable resource, available to all, to bring to life the Archives of the Company of Proprietors of the Stroudwater Canal. This is on a new website at stroudwaterhistory.org.uk. Telling the story of life along the Stroudwater Canal, it is based on the most complete archive of a canal’s history in the UK.  Future planning Looking forward, the CCT Board has agreed that it now turns its attention to the planning and delivery of Phase 2, starting at the eastern end of the 36-mile canal restoration. This phase aims to restore the section of the Thames & Severn Canal from the Cotswold Water Park to the River Thames at Inglesham. As with the first phase through Stroud, this work will be conducted in achievable sections. Maintenance work to prevent deterioration has been undertaken by volunteer teams on this length and on the Summit level over many years, and will now enjoy the momentum brought forward by the successes of Phases 1A and 1B.

2022: the golden anniversary year
The Golden Trow Appeal 2022 marks the 50th anniversary of the Cotswold Canals Trust. To mark this half century, it is launching the Golden Trow Appeal for £50,000 to fund the continued restoration efforts. Every Golden Trow donor will see their name emblazoned in gold on the trust’s commemorative wall, along the banks of the canal at Wallbridge Upper Lock. By 2025 CCT will see boating communities return to the Stroudwater Navigation and it will be making collective headway into the restoration of Phase 2. In this year of celebration, the trust asks for continued support. Full restoration of its beautiful waterway will take more funds and many more years’ efforts, but the resolve of its supporters is second to none.

Summary
The impact of the support received by the inland waterways and canals network has leveraged further investment and allowed works to begin on the restoration of the heritage structures along the Stroudwater Canal. It has enabled CCT’s teams to deliver through the pandemic and has given its resourceful volunteers the knowledge that their work is seen, supported and of great benefit to the wider community. The trust offers its sincere thanks to all its friends and colleagues. Please consider continuing support for the Cotswold Canals Trust in any way you can and, most importantly, keep in touch. It would love to hear from you. cotswoldcanals.org