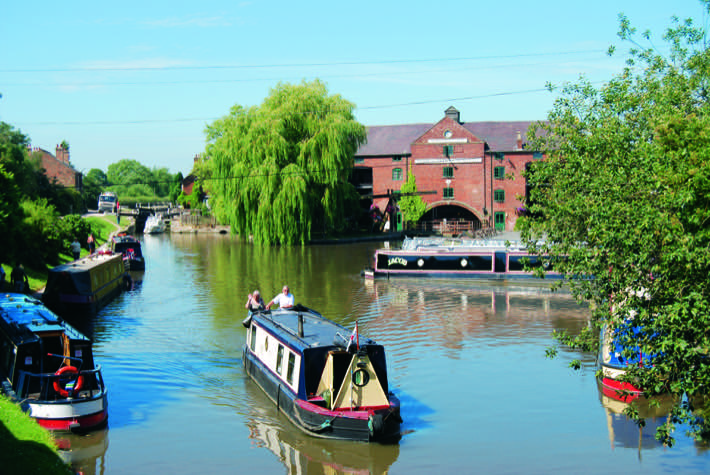 As with other restoration projects, the Burslem Port Trust was able to restart work on getting the long-abandoned Burslem Branch Canal in Middleport eventually restored, after many of the Covid restrictions had passed. By the end of 2021 the planned replacement of much of the length of the towpath was completed, thanks to help from WRG, CRT, volunteers and a willing local contractor. This now gives residents and longer-distance walkers a tarmacked surface to view and study the route of the old canal, and will eventually provide the basis of a pedestrian route right through to Festival Park.

Immediately prior to this work being started, a Heritage Open Day was held on site which attracted many local people who came to visit and to learn about the site while enjoying music, dancing and demonstrations and even Staffordshire oatcakes. A nature walk was held a few weekends later, which was well attended and much appreciated.

Alongside the restored towpath, new interpretation boards will be created and placed at strategic parts of the canal, including the site of the original junction, so that the history of the canal and the plans for the eventual complete restoration can be explained and illustrated.

In addition, a new condition survey of the warehouse and wharfinger’s cottage is underway, and initial architectural schemes, which show potential future uses of the buildings and the wharf area in general, are being prepared and discussed. As the final stage of the restoration plan (the area to the north of the wharf) is some years away, the creation of a winding hole at the wharf might be a logical inclusion in the plans.

All this work, and much more, has been possible through the appointment of the Moss, Naylor & Young consultancy which has provided, and continues to provide, invaluable help and guidance to the trustees, and is a contributor of significance in forward planning.