The longest single canal in the country, the Leeds & Liverpool was built in several stages over several decades, so it is no surprise that its character varies as you progress along its 127 miles. It links the wide waterways of Yorkshire with those of Lancashire and the River Mersey, and was a few years ago ’extended’ by the construction of the Liverpool Link, allowing boaters access to the very heart of the city.

Leeds has a vibrant waterfront, and mooring a boat is easier than parking a car in the city centre! The canal climbs up the pleasantly wooded Aire Valley by a sequence of single and distinctive staircase locks, past the ruins of Kirkstall Abbey, through Apperley Bridge and Shipley to Saltaire. This ’must-visit’ model mill village was built by Titus Salt for his workers, and is still largely intact. The mill now hosts a vast and fascinating shopping emporium and a David Hockney exhibition.

The excitement levels remain high, for soon the iconic Bingley three- and five-rise locks are reached, taking boats up to the 17-mile pound to Gargrave, and a rest from locking (although the ubiquitous swing-bridges will keep boaters exercised). The canal finally throws off industrial surroundings to head for the Pennines, as it passes through Keighley and Silsden to reach the popular tourist destination of Skipton. Of greatest interest to boaters will be the Springs Branch, which winds its way dramatically beneath the castle.

At Gargrave and Bank Newton are further lock flights to take boats up to the famous Marton Pool (pounds are called pools on this canal). This is surely the most dramatic section of upland canal anywhere in the UK as it twists and turns back on itself across awe-inspiring moorland. It comes as a surprise then to find that this is not the summit level, for that is reached by a final climb through Greenberfield Locks.

Foulridge Tunnel leads to Barrowford Locks and the beginning of the descent into industrial Lancashire whose conurbations merge as Burnley is approached. Here the impressive 1-mile embankment carries you high above the town, before the historic area known as the Weavers’ Triangle is reached.

The scenery improves again as the canal winds westwards towards Blackburn and on to Wigan where the daunting descent of the 21 locks awaits. The view as you descend makes the effort worthwhile. In Wigan the Leigh Branch heads south to join the Bridgewater Canal while the main line continues west down the rural Douglas Valley. At Burscough, the pleasantly winding Rufford Branch continues to follow the River Douglas (which boaters heading for the Lancaster Canal will join at Tarleton), while the main line crosses flat open land almost to Southport before heading south for its destination.

Long-neglected by boaters, the final run into Liverpool through Maghull, Aintree and Bootle is coming alive again as boaters arrive to experience the new Liverpool Link. Instead of having to moor in dull suburbs, Stanley Dock Locks drop boats down into the old docks and boaters pass in front of the Three Graces to moor in the splendidly located Salthouse Dock, close to the famous Albert Dock and the new shopping city of Liverpool ONE.

"Over the Hill" Waterways World November 2020 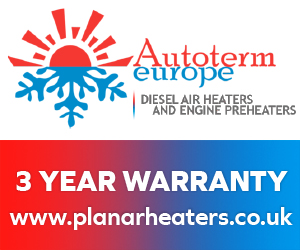