Readers of Black Beauty will know only too well the depths to which a horse of quality could fall in the 19th century. Among the worst tasks to which they were put was pulling cabs, as Ginger’s fate showed all too harrowingly in the children’s tale. Cabbing was a relentless job, very often involving 12 hour days pulling half a ton over a distance of upwards of 40 miles.

Three years in cabs were generally the limit. Then many of these unfortunate beasts descended further into equine hell by going on to pull a canal boat. The main source of motive power on the towpath came, seemingly, from broken-down cab horses – ‘thirty-shilling horses’ they were called because no one but boatmen and the knacker’s yard were bidding.

Canal horses weren’t much to look at. In 1783 Birmingham boats were said to be “drawn by something like the skeleton of a horse covered in skin”, and in 1885 another observer commented on how “closer examination of the animal drawing the boat might reveal ribs insufficiently covered and other defects. Many canal horses are totally blind, so that it is necessary to take care and get out of their way.”

The burden on these animals was disproportionate to their feeble condition. Sixteen hours a day was the very minimum a boat was on the move and sometimes it was much longer. A Standard reporter discovered in 1877 that it was not uncommon for some boatmen to drive their horses for 30 consecutive hours, not over the cobbled streets of London, but along muddy towpaths, with anything from 30 to 60 tons trailing behind them. In one extreme case a Gloucester boatman explained how he and his mate had been so ‘hurried on’ that for a fortnight they worked night and day, and the horse never saw the inside of a stable.

When challenged, owners often insisted their horses wouldn’t have it any other way, as was the case of one Captain Jonah, who plied London to Birmingham more or less non-stop in the 1870s.

“When us gets to Birmingham ’er makes up for it,” he explained to a man who had remarked on the creature’s tired appearance. “You see, ’er’s used to the stable there and the other ’orses and ’er lays down like a lamb. But you might just as well try to ’oist that boat across your shoulders as try to get that ’ere ’orse to lay down ’cept in Birmingham.”

Of course, there was some respite during loading and unloading, plus brief pauses at locks. On some canals, tunnels brought longer relief, as the horse walked over the top and waited for the vessel to be ‘legged’ through.

Fatigue wasn’t the only cruelty exacted on these poor animals, however. A Birmingham chronicler wrote in 1783 that “the unfeeling driver has no employment than to whip [the horse] from one end of the canal to another”. And in 1841 Sir George Chetwynd reckoned: “There are few descriptions of animals treated more cruelly than the boat horse.”

Boatmen resented criticism of their horse care. When John Cherry, a canal clerk at Braunston, took Thomas Harris to task for “beating and abusing his horse in a cruel manner”, Harris immediately grabbed hold of him, threatened to put him in the canal, kicked him several times and “tore his clothes very much”.

In another incident on the Paddington Canal, a policeman remonstrated with a boatman called Attlebury who was beating a mare. Attlebury responded by hitting the animal even harder and addressing the officer “in the grossest language”. The encounter culminated in the policeman and his colleague being thrown in the canal to shouts of “Drown them! Murder them!”

Sometimes the bad condition of the animals was due to poor feeding – half of them were “famished to death”, said one observer in the 1840s. This may have been something of an exaggeration because a sure way to keep the animal moving was (as with cab horses) by feeding them well. The Gloucester boatman explained how his horse managed to survive two weeks of almost non-stop labour: “We kept him going by putting plenty in him.” Captain Jonah worked on the same principle.

Very often canal horses were to be found trudging along with their nose buried in a feedbag. They were driven from behind, usually by the youngest members of the boat family, who took it in turns to prod and encourage the animal. When no one was available the ‘lazy driver’ was brought into use – a clog or tin can fastened to the horse’s tail to make it believe that someone was close behind.

Being constantly on the go, horses often suffered from sore shoulders. A dislocated shoulder was another occupational hazard. Experienced horses learned to ‘hang in the collar’ when they started to pull the heavy boat, but for some the sudden jerk on one shoulder put it out of use. Writing in 1881, George Smith described the boaters’ cure for this: “The horse is taken to the side of the lock… into which it is tumbled, without any ceremony… If the dislocated shoulder is not put into place by the first ‘ducking’, in it goes again, till the poor animal is either killed or cured.”

A canal missionary writing in 1898 said: “Some canal boatmen really love their horses and are constantly kind to them,” and no doubt well-fed, well-groomed and well-cared-for creatures could be found on the cut. But they were probably always in the minority. It was no fun to be a boat horse.

This article appears in "Last Word" in Waterways World February 2021 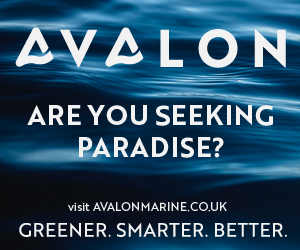