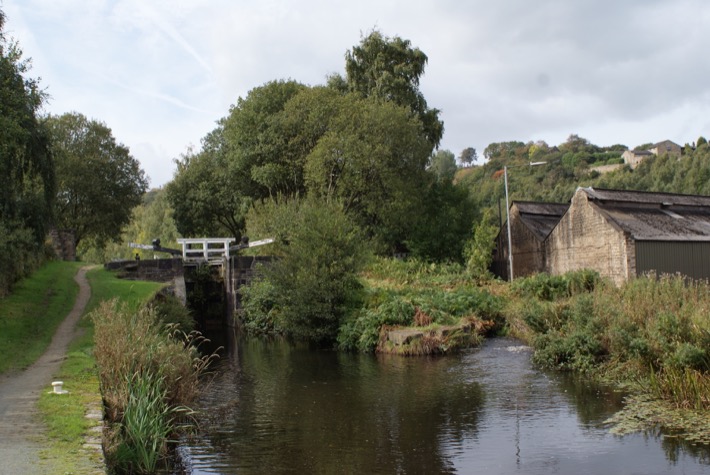 The HNC is perhaps the most exhilarating narrowboating experience on the whole waterway system – but with some 74 locks and a 3-mile tunnel, it’s not for the faint-hearted.

This narrow route up, under and down the Pennines, took 17 years to build. Closed to navigation in the dark days of the 1940s, its restoration was the dream of enthusiasts – but derided as ’impossible’ by officials. Well, in 2001 the impossible happened.

Standedge Tunnel, the centrepiece of the waterway, is of course the highlight. At 3 miles 418 yards, it’s the longest canal tunnel in Britain; the deepest and highest, too. You can now steer your own boat through, though a CRT ’chaperone’ will accompany you to warn of the jagged rock outcrops and narrow points.

But the HNC would be a stunner even without Standedge. Stone warehouses, mills and farms pepper the route while the Pennine hills soar overhead. The towns en route are an unexpected delight. The canal runs along the High Street of little Slaithwaite, with its butchers, bakers and champion pie-makers. Marsden is a hiking centre with fabulous pubs and an artistic bent. And formerly down-at-heel Stalybridge has been improved by the arrival of the HNC in its town square.

Only the very brave would consider single-handing the canal, but it’s readily boatable with a crew of three or more – as long as you’re prepared to push the odd stiff gate and aren’t too fazed by low pounds. If you like putting your back into your boating, this is an unmissable canal.